Last week I started getting more curious about VR and went to try it out in Austin. AWESOME!!!

For the weekend I flew to Baltimore for the first time, to attend a very fancypants wedding. 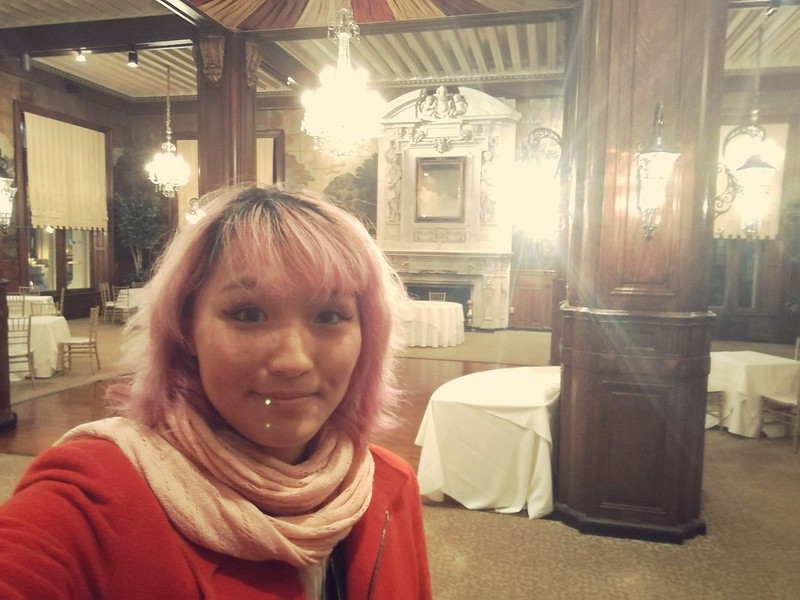 The children that the bride teaches had some good marriage advice… Met some awesome people there, danced a little and then flew to Tennesse! I’m going to be spending Christmas, my birthday and New Years here. I’ve mostly been hanging out with my siblings, but also working on some projects and entering competitions (non-memory related 🙂 ). Maybe I’m going to learn how to code? We’ll see 😉 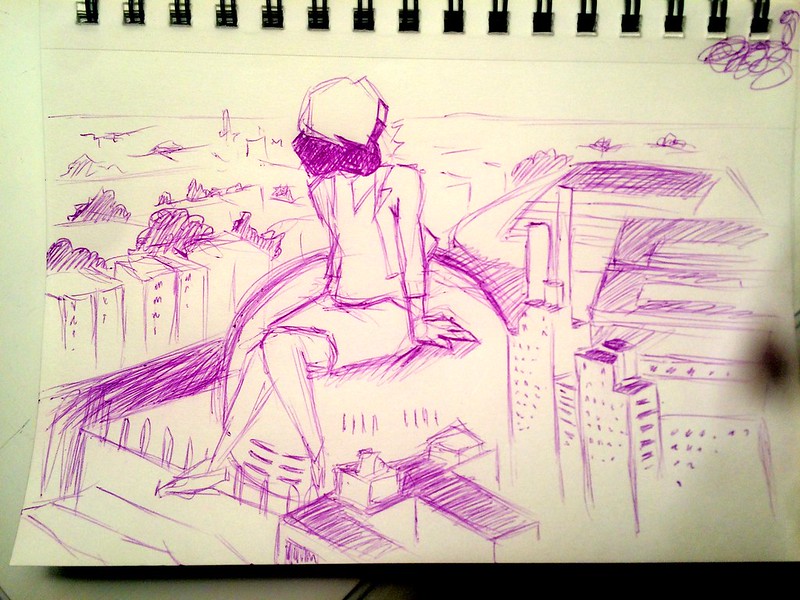 Update March 26th 2018 – I made a more explanatory vlog about this book today!

So this book “Moonwalking with Einstein” by Joshua Foer is probably one of the most popular pop-sci books in all of time… It changed my life and many others on top of just being an outstanding book. You can buy it here or find it in most libraries. Here are my unedited thoughts, highlights and commentary about the book.

Well-written and funny introduction to the world of memory and competing in it. This book is what started a lot of younger people competing (including me). For an in-depth review, read my buddy Billy Gates’ post about it.

“Anyone could do it really” – Ben Pridmore says this, but does he know just how right he is?

“normal is not necessarily natural”

Remember to say this, especially when someone is justifying some shitty behavior.

If you spent that much time, you’d do very well. If you wanted to enter the world championship, you’d need to spend three to four hours a day for the final six months leading up to the championship. It gets heavy.”

Some people do put in that effort, others not, depends on your skill, style, goals and life outside of competition.

In a sense, the elaborate system of externalized memory we’ve created is a way of fending off mortality. It allows ideas to be efficiently passed across time and space, and for one idea to build on another to a degree not possible when a thought has to be passed from brain to brain in order to be sustained.

«  It occurred to me that this was a kind of manufactured synesthesia. »

Best way of putting it.

The secret to success in the names-and-faces event—and to remembering people’s names in the real world—is simply to turn Bakers into bakers—or Foers into fours. Or Reagans into ray guns. It’s a simple trick, but highly effective.

Hmm. No. For some people perhaps but for Katie Kermode, Jan-Hendrik Büscher and I – all three of us very naturally good at names & faces – don’t use this technique so much. Sometimes it works, other times it can be catastrophic and time-consuming. It seems our memorizing style is much harder to describe in words, but that we all have a sense of “just memorizing it”. This next quote might have something to do with it.

Experts see the world differently. They notice things that nonexperts don’t see. They home in on the information that matters most, and have an almost automatic sense of what to do with it. And most important, experts process the enormous amounts of information flowing through their senses in more sophisticated ways. They can overcome one of the brain’s most fundamental constraints: the magical number seven.

Things that are going on this week

Things that are going on next week

♥ a major trip overseas
♥ photoshoot for a magazine

Things that I should be doing

Things that I am doing instead

A pic of me outside Stockholm Public Library 😉 So once we woke up on the boat on Sunday, we had some assignments for a competition. “Do a Spiderman kiss, switch clothes between a guy and a girl, do a little dance, take a picture with the captain…”. So me and Clarino decided to just go after the captain. It took us an epicly long time. We could also call this post…

To Find A Captain We start googling for his face. So we know what to look for. And then we start running around asking everyone who looks like staff if they know where he is. They all answer in the way that makes you think we asked them to donate their left arm. We get shrugged off in every corridor. We head to the top level and are stopped by a fence. We see a captain! And then a second one with a great beard! We start waving to them like crazy. THEY WAVE BACK!!! Then they shrug their heads. But we keep waving. For an awkward five minutes. We see a guy who might be the captain, or at least he looks like Captain Haddock from Tintin. We wave him over and ask if we can take a picture with him, but he gets all sad and says “but me? I’m just a simple chef!”. I feel bad, we should’ve said we wanted a picture with the chef. 12.39 The face of disappointment

After waving for another fifteen minutes and being ignored we decide to abandon our mission and eat candy instead. Two very official-looking people stand in the hallway discussing important things in Finnish (or maybe the ending to Breaking Bad, I don’t know I don’t speak Finnish). We stare at them and follow until they notice us. We ask if they know how we can get in touch with the captain. The most helpful staffer tells us the captain and him will be having a meeting in fifteen minutes close to the information desk. THE LEVELS OF EXCITEMENT WERE DISPROPORTIONATE! So we sit quietly by the info desk trying to look normal so none of the other teams find out we’re on to something… “Was it the two of you who were standing by the fence waving?”. Clarino doesn’t answer because she’s in a hurry to take the pictures. I say (awkwardly) “hehe… yes… sorry about that.” It was one of the proudest moments of my life just because we had spent so much time and energy trying to find him haha. Then when we got to our group they were all like “cool”. We expected them to shower us with gifts and start dancing around us in joy. I’ve spent this weekend in Stockholm eating delicious everything, working out, studying and watching Adventure Time with my love (watch eeeet, it’s on Netflix!) I love Stockholm, but sometimes I feel like we need some time apart and then I start thinking about spending the weekends in (for example) Kenya… So I’m totally going to travel in November!

Gotta go, my lovely friend will be here in a few moments for a pj-party because we’re getting up at an ungodly hour tomorrow! Why? To get on a boat with 270 other students for a party trip!!! Pic from a conference at Carnegie.

I’M AWESOME, BOOM! I didn’t think I would have enough time to follow through with the interpreter class but I did it!!! God, I feel so happy right now. Oh ♥ languages!!! It was “just” a matter of learning interpreter ethics, knowledge, handing in assignments and do some interviews. I should have a more excited picture for this moment, but I really have to dance the energy off and then me and my lovely boyfriend are going to a movie premiere! I’m traveling with a group of random people from different nations in Korea. But it doesn’t look like South Korea at all and conclusions of my whereabouts were made. It has a darker overtone this country. The people are happy but it is overpopulated and most of our travels have shown extreme poverty and a rural lifestyle. However there were very luxurious city parts as well, although heavily guarded at almost every corner. So on one of our trips to the countryside I remember trying to take pics for the blog near a frozen lake and snowy mountains at early early morning, the pics came out blurry and I gave up. We sat down at a roadside bench of some sorts and it is peaceful and quiet. Dawn is coming but not really because the sky is so cloudy. Then we here a bang. A bang so brutally loud that for a second I’m scared I’ve lost my hearing, this fear goes away quickly for the new fear of the earth beneath my feet disrupting. Everything is shaking and we have no idea what is going on except for that the explosion came from a mountain that we can see from where we are but it isn’t that close. All of a sudden cars from everywhere driving at maximum speed pass the road. Big military trucks and old cars coming from the road left and right. The cars coming from the mountains have loads of water in them and people are surprisingly calm yet with just a hint of panic in their eyes as they drive by us. We try to help but the only car we manage to stop has a chauffeur that is panicking out of his mind. He drags me into the passenger seat next to him and the rest have no choice but to get in the car with me. He hauls us in as he is screaming in Korean and crying his lungs out while he’s driving south first past a small town, then southwest. It wasn’t the most action-packed dream because our trip the city goes on for hours in dream time. Him driving himself insane, screaming in Korean and crying while I’m sitting there trying to find a single word of Korean I can understand. The rest of the group are in the backseat fast asleep of exhaustion. The drivers dark glasses have already fallen off of him while he was crying earlier and he gets so mad that he throws this black (maybe dark-green) basker away. He’s explaining things to me but the only words I can understand during our very long trip to Pyongyang are (sorry for the spelling my readers who speak Korean) “wrong” (naeppun), “very” (byello), “mom” (omma), “plan” (gyehag), “hunger / there is hunger” (pageopaa). The rest is lost to me and my lack of Korean skills.

So we get to the city and we are told by the guards that they are denying entry for all vehicles and people arriving from that specific route, according to our driver. I can see the city behind the guards, all calm and peaceful. But the guards have some fear in their eyes. And that… is when I wake up because of a buzzer I have on a New York Times news-app that is supposed to buzz only when big events happen. So I wake up…

The first is a sketch I made to explain the specifics of my dream to Filip. The below pic is where it actually happened.
Red – where we were. Orange – where the explosion hit. Yellow – nearest town we drove by. Blue – the lake I tried to take pictures by.

Every single detail checks out. Except I was asleep and not with a bunch of randoms in the northeast of North Korea. The first news alarm about this was at 4 in the morning Swedish time, in the middle of my dream, while I was sleeping. Was the man screaming about the bomb or about his overall living situation in North Korea? I don’t know. But I told you I was freaky. You didn’t believe me.